Welcome to the "About Rankless the Comic" page! Rankless follows the adventures of the naive and ever optimistic JOSH NEILSON as he navigates university and adulthood in a restrictive and ranked society. His goal? To become the greatest artist to ever live.

However, his goals will collide with a larger plot set in place, by THE ELITES and the affluent and nefarious VANDERBILT FAMILY. With the help of his new friends, who span the ranking classifications and play a host to a range of peronalities and eccentricities, he will attempt to overcome the diabolical schemes that stand in his way. Held in the balance of their actions are potential earth shattering consequences.

President of Flapjack Studios, Ryan Chandler is also a writer, series creator, character designer, and story editor. A graduate of NSCAD University, he is trained in animation, film, screenwriting and the traditional arts. He has two kitties, Tori and Jeanie and loves to eat food (especially chicken).

If you want to help out Rankless! and fancy yourself an ELITE, then please support my PATREON. 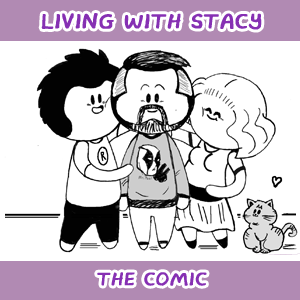